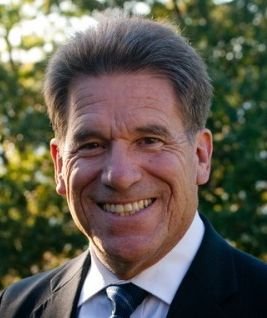 In 1994, Ritchie was a co-founder of the Global Environment & Trade Study, located at Yale University, which conducted research on the linkages and potential synergies between international trade and the environment. That year, he launched a series of conferences to commemorate the 50th anniversary of the major post-Second World War global institutions, including the World Bank, the IMF, the United Nations, The Food and Agriculture Organization, and the Human Rights Commission. The 1994 conference, focused on the creation of the Bretton Woods Institutions, was held at the Mt. Washington Hotel, and it featured many of the "old timers" who had attended the original 1944 Bretton Woods Conference and other co-founders of the postwar economic system.

Mark graduated from Iowa State University in 1971 and from the Humphrey School of Public Affairs at the University of Minnesota in 2013.

EDRC's work with Mark dates back to when he was President of the Institute for Agriculture and Trade Policy (Jan 1986 - Apr 2006). Mark is also a member of the North-Atlantic Civil-Society Working-Group on Environment and Security (NCWES) coordinated by EDRC and a participant in EDRC’s project on Transatlantic Responses to 21st Century Environmental Challenges.