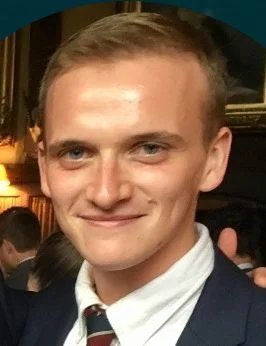 Jack is an associate of EDRC contributing to forward planning for the Global Military Advisory Council on Climate Change.

From January through July 2018 he was a NATO trainee in the Operations & Intelligence Directorate (J3) at Supreme Headquarters Allied Powers Europe (SHAPE) in Belgium where he primarily focused on climate change and security in the context of NATO’s military operations.

He is a Masters Graduate (London School of Economics and Political Science, 2016-2017) in MSc International Migration & Public Policy wherein he studied the relationship between, and implications of, climate change and forced migration. Specifically, he became interested in risk factors for forced migration such as sea-level rise (flooding), reduction in the crop yield of arid climates (desertification), and the mechanisms which can be implemented to cope with such occurrences, such as managed remittance flows to underdeveloped and significantly impacted areas.