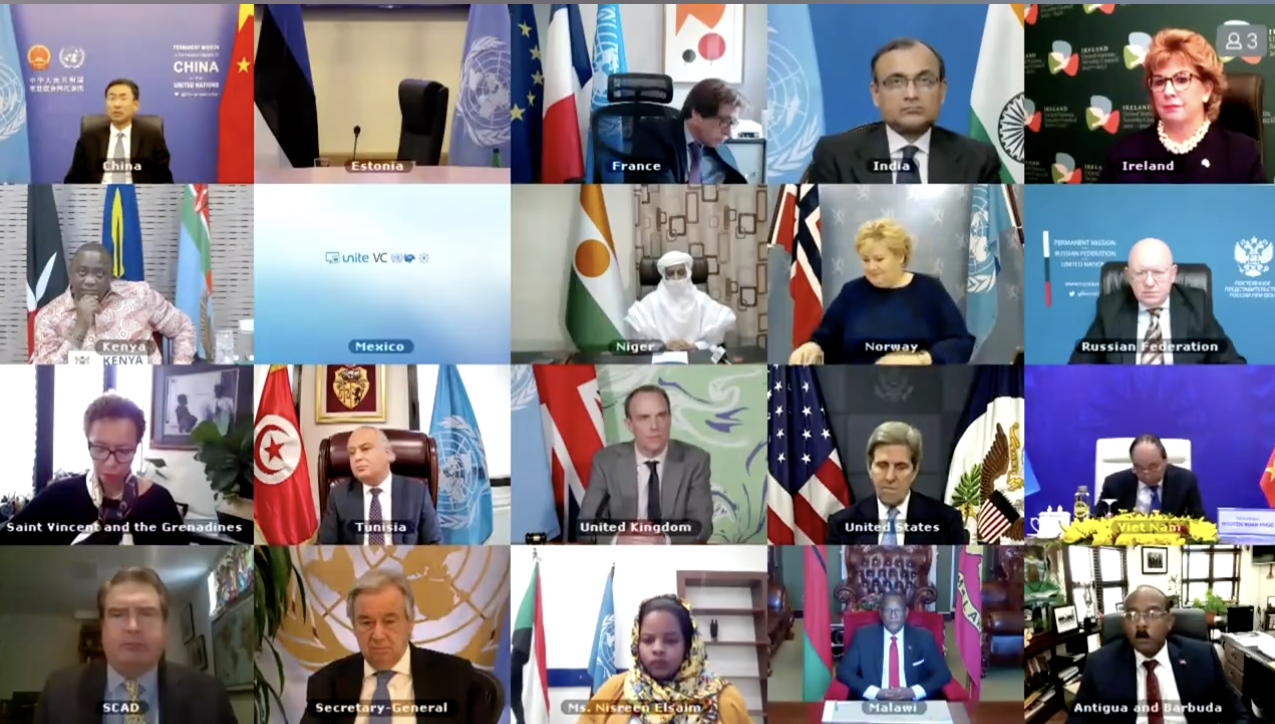 EDRC's Alexander Verbeek comments on the importance of the Debate

Alexander was quoted as saying, "It is a positive sign that the vast majority of countries does by now recognise the negative impact of climate change on security and believes that this is a matter that should be discussed in the UN Security Council."

According to the news article, "Speaking during the debate, Germany unearthed its 2020 proposal for the Council to pass a resolution on climate security. The text had stopped short of being submitted to the Council last July to avoid a probable veto from Russia, China or the United States under the Trump administration.
The draft resolution required the secretary general to report regularly on the security implications of climate change and for a special envoy for climate and security to be appointed. It also asked for training for all relevant UN personnel on the impacts of climate change for peace and security, and more cooperation with local actors. "Now is the moment to put a strong text back on the table, and to adopt it," said Heiko Maas, Germany's federal minister for foreign affairs. "A resolution would demonstrate to the world that the Security Council is showing leadership on what is one of the craziest threats to peace and security of our times."
Germany's proposal was also backed by statements made by other countries, including Norway, Saint Vincent and the Grenadines, and France, who is one of the five permanent members of the UN body".

The article also quoted UN secretary general Antonio Guterres who said "We must leverage and build on the strengths of different stakeholders, including  this Council, the Peacebuilding Commission, international financial institutions, regional organisations, civil society, the private sector, academia and others, to use their influence during this pivotal year to ensure the success of COP26". The meeting is due to be held in Glasgow in November.

Echoing his remarks, the UK prime minister said: "Climate change is a geopolitical issue every bit as much as it is an environmental one, and if this council is going to succeed in maintaining peace and security worldwide then it's got to galvanise the whole range of UN agencies and organisations into a swift and effective response."

The report also said that "the newly appointed US special envoy for climate John Kerry signalled support for the inclusion of climate on the Council's agenda. Kerry also told member states the US was open to hear from the Group of Friends on Climate and Security - an informal group established by Germany in 2018 to work on solutions for the impact of climate change on security policy, which has rallied over 50 countries and who is behind the existing draft resolution".

While discussions of a comprehensive resolution on climate security are still at early stages, Verbeek says that the issue being raised at the Council can already positively influence other actors. For example, think tanks could contribute to developing better predictions and analysis of the climate risks, or defence ministries could include climate change into their security policies.

"The Security Council is the most powerful decision-making body that the UN has; it is the only one that has the authority to issue binding resolutions on member states. It does make a difference when we see that climate change is increasingly mentioned in UNSC resolutions as a factor for instability and conflict," Verbeek explained.

"This issue needs to be embraced at the highest coordinating level within the UN. It should result in better risk analysis and better strategies to deal with these risks while fully recognising that all the other UN family members should focus on it as well."