An article in NATO Review - published ahead of the UN climate conference in December 2019 - explains the urgent need both for effective climate change action and for steps to be taken to prepare for life in a drastically different world, where global warming and related environmental degradation will impact on security.

Alexander Verbeek writes that "The impact of climate change that we already see now is only the beginning of more significant changes to come. A growing, but still relatively small part of the public, is beginning to realise this and is calling on governments to act much more decisively." 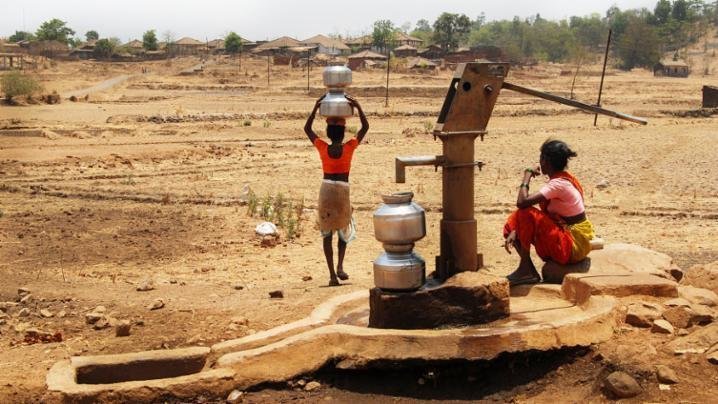 Water scarcity is expected to rise in some regions due to population growth, rapid urbanisation and growing economic demands for water. This challenge is being exacerbated by ecosystem losses and climate change impacts. Photo © CGTN

The author concludes that "Technically and economically, the world should be able to deal with and adapt to this challenge. And while the public is increasingly raising its voice to demand urgent action, the ball remains very much in the court of governance. Accepting the reality of climate change, cooperating between all relevant stakeholders, and showing visionary leadership are some essential steps for the way forward."

Alexander Verbeek is a Dutch environmentalist, who has mostly worked on the linkage between security and the earth's accelerating environmental crisis. He created the Planetary Security Initiative, is Policy Director at the Environment & Development Resource Centre in Brussels and a member of the Global Military Advisory Council on Climate Change initiated by IES in 2009. He is connected as associate or fellow to several environmental or security institutions and the universities of Yale and Uppsala.